From Game B Wiki
Jump to navigation Jump to search 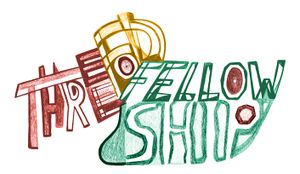 HOW WILL WE PROTOTYPE TOMORROW?

Progress Towards Understanding the Threefold Nature of Social Life as a Compelling Basis for the Shift to Society 4.0: From Ego-System to Eco-System / America Emerging: Western Civilization 2.0 / Game ~B

Why are we saying there's a threefold nature to social life?

Historically, when we humans think about how our needs could be met in our social life together as a ‘society’, three distinctions inevitably keep showing up: Plato’s ideal state had three parts “corresponding to the human soul” - the intellectual governing class, the soldier class defending the state, and the peasant/worker class of farmers and artisans; the French Revolution wanted “Liberte, Egalite, Fraternite”; The American Declaration of Independence calls for “Life, Liberty, and the Pursuit of Happiness”. A New York Times lead piece on this weird Independence Day weekend calls on these three distinctions again out of the disorienting strangeness of this, our, time:  “In recent months, under the banner ‘The America We Need’, the Opinion section has presented a wide range of ideas for reforging our economy, our society, and our democracy … to better serve the people of the United States.”

We will each need deep practices of loving awareness to see how, as john a. powell would put it, we are "othering" when we only see race rather than the whole individual and their profound capacities as the source, "the secret to humanity's future progress", as Steiner puts it. The spiritual famine in our culture is 'fed' by a schooling system that is not only unfair, but, profoundly blind to the full stature of its children, teachers and parents and its mythic task of educating for civilization, not just "global economic competition". As Ken Wilber is saying: "We can try to endlessly and tirelessly fix this dream ... or we can simply wake up." The Theory U social technology platform, Otto Scharmer tells us, is about "breathing life into a dying system: This inner shift, from fighting the old, to sensing and presencing an emerging future possibility, is at the core of all deep leadership work today." Invoking "Meditations on the African Spiritual Journey", Orland Bishop writes, "it is through the activity of our mind - the utilization of mental, psychical, and moral disciplines - that the human being becomes oriented to a state of consciousness we call future." Zachary Stein speaks of "creating educational abundance ... while a privileged few have access to truly remarkable educational opportunities, the vast majority of the world languishes in a state of contrived educational scarcity." Hanzi Freinacht is asserting "political metamodernism is the future. ... It changes not only how we do politics, but also what the role of politics the new Enough of us now understand the transcendent mindfulness, contemplative and other forms of inner practice to KNOW FOR SURE that we CAN elevate ourselves when we turn to our innate sense for the sanctity life and of the individual. Rob Riemen speaks of "nobility of spirit". Instead of tearing things down and tearing each other apart, metamodern "sensemakers", Rebel Wisdom's David Fuller and Alexander Beiner, are calling a new conversation into existence "to revive some deeper forms of wisdom that bring us back into our own authentic humanity". People speak of the "sacred" in Orland Bishop's sense, "by sacred I mean what demands sacrifice in us." This redemptive coherence is resonant with Rudolf Steiner's sense for the need to understand and design resilient systems based on the inherent threefold nature of social life. The depth of Steiner's thought is difficult to grasp outside the ground of integral thinking, whole-systems thinking, and a new social resonance built on love.

Out of a vision that each individual "I" is simultaneously the whole of humanity, Steiner declared a "fundamental social law":

The healthy social life is found,

When, in the mirror of each human being,

The whole community finds its reflection,

And when, in the community,

The virtue of each one is living.

The 'threefold nature of the social organism' asserts that the whole social organism is composed of three separate and integral operating principles - spiritual/intellectual/cultural, governmental/political/state, and economic. The idea is meant not merely as a way to categorize different functions, but to create practical 'living' containers within which each distinction can fully expand to its most creative potential and also contain itself.  The principle of separation of church and state is an example of appropriate expansion and containment in the 'threefold social organism' sense. When the state makes laws either to allow or disallow a woman's reproductive preferences, this is an 'unlawful' interference of the government/politics/ state into the spiritual/intellectual/cultural life of a member of civil society.

The idea of restructuring the social organism around the threefold nature of social life first came to Rudolf Steiner, who describes himself as a theoretical ethicist, in the interwar years. Steiner is well known for seeding the invention of new forms of education, healing, agriculture, architecture, and, primarily a path of contemplative practice aimed at preparing humanity to assume the mantle of moral progress through healing of self, society and earth. Steiner's books and thousand's of lectures are synopsis-resistant IMHO, so I will leave it there. Besides, the utility of the idea of the threefold nature of social life will have to be made real in our time among us all as contemporaries.

I will Rebel add that another way to put it is that the threefold nature of social life is a theory of an organic social platform designed to mirror the cognitive/nerve-sense, social-emotional/rhythmic, and will/metabolic-limb systems (a.k.a. “head, heart, and body” of its human ‘citizens’.  Our aim in mid-pandemic, mid BLM protests/soul-search, mid-economic %#@&^* is a shift towards radical human cooperation between the three fundamental principles of society:  The Principle of Unique Creative  Individualism in Cultural Life, the Principle of Democratic Equity and Social Justice in Political Life, and the Principles of "the Economicsof Solidarity" as described by Otto Scharmer.

Initially, the Threefold Research Fellowship will focus on initiating a conversation via zoom between whole-child/integral educators in the LA area and kindred spirits nationally about wether the industrial education system is worth fixing or what the alternatives might be.

We will use the Appreciative Inquiry practice of Positive Questions to shape the conversations while traversing Theory U social technology. "Appreciative inquiry attempts to use ways of asking questions and envisioning the future in order to foster positive relationships and build on the present potential of a given person, organization or situation." - Wikipedia 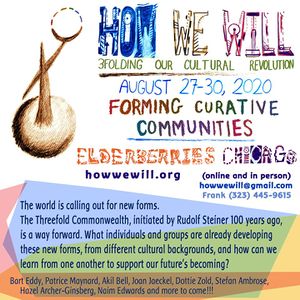 DOTTIE ZOLD Co-Founder, Circles for the Renewal of Culture

LINKS TO PEOPLE, PROJECTS, and MEDIA in the SOCIAL THREEFOLDING ORGANISM 'Space"

While some individuals are more prominent, the space remains a distributed network. There is no official hub. With the dawn of zoom people are meeting, many for first time, and in different configurations. We learned about Game ~B through Rebel Wisdom and about Rebel Wisdom through my interest in Jordan Peterson. - J. Jaeckel